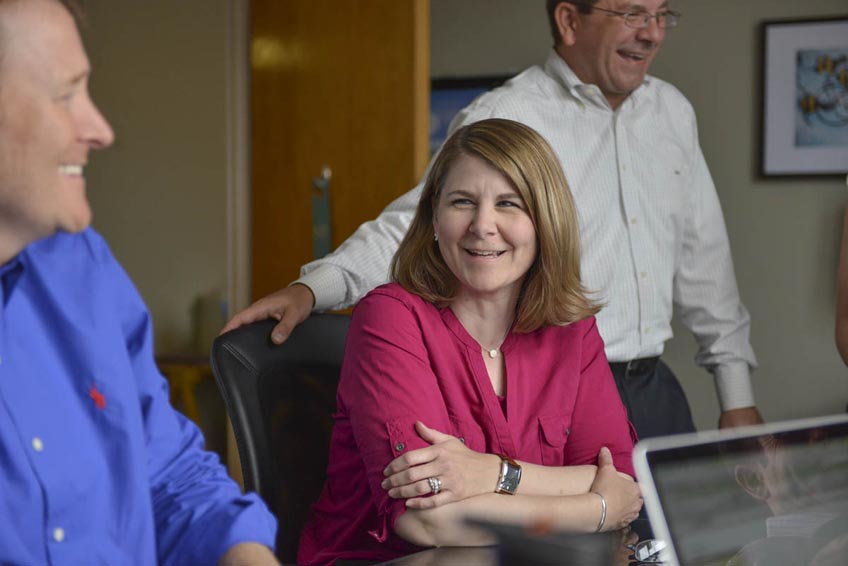 We’re going to shake things up a bit with this edition of GAAP Flash. Since I’m the only non-accountant at GAAP Dynamics, I won’t point you to articles about accounting. It’s the holidays, so this time it’s going to be all about good news, noble deeds, and kindness – things we could all use a little more of! Check out these articles to put a little love in your heart!

Disabled Vet, Service Dog Form Dynamic Duo on the Job (December 6, 2016) – Doug Criss (@CNN)
We start with a story about Lowe’s and its hiring of disabled U.S. Air Force veteran Clay Luthy and his service dog. Yes, Lowe’s hired Clay AND his service dog, Charlotte! Good job, Lowe’s! And, did you know that Lowe’s allows non-service dogs in most of its store locations? Bring your pup with you on your next trip, and thank Lowe’s for employing veterans (and their dogs, too!).

Customer Learns Irish Waiter Is Expecting a Son, Leaves $750 Tip so He Can Fly Home to Ireland (December 8, 2016) – Annie Kim (Shareably)Next up, we learn about a restaurant customer who gave his server an incredibly generous tip to help him get home to Ireland to visit his family. After some small talk, the customer decided to do something that would change his server’s life (and his own, I’m sure). I just love stories like this!

No act of kindness, no matter how small, is ever wasted.” – Aesop


Wildfires Draw Volunteers to the Volunteer State (December 1, 2016) – Judson Jones (@CNN)
While the recent fires in the Gatlinburg, Tennessee area were extraordinarily devastating, they were a call to action for countless volunteers who rushed in to help. There are numerous stories of generosity and helpfulness after the fires, stories that strengthen one’s faith in humankind. This article highlights some of the helpers and their hard work for the people of Tennessee. The photo of the firefighters taking a brief but much needed rest is especially moving.

This Grandfather Learned to Knit at 86 so he Could Make Caps for Preemies (November 23, 2016) – Allison Slater Tate (@todayshow)
This article is a lovely story about an 86-year-old grandfather who learned how to knit just so he could make hats for premature babies at a local hospital. His compassion was so contagious that one of his care managers and a local high school student joined the effort! This grandpa is a true gem!

We can’t help everyone, but everyone can help someone.” -- Ronald Reagan


Grandmother's Accidental Thanksgiving Text to Random Teen Leads to Heartwarming Viral Story (November 17, 2016) – Kristen Dahlgren (@nbcnews)
Now, we move on to a grandmother’s kind-heartedness. When a teen received a text from an unknown number regarding Thanksgiving dinner, he never expected it to lead to an invitation to Thanksgiving dinner for his whole family, much less a new friendship with someone else’s grandma! It just goes to show that kindness is always the right choice, and you can never have too many friends.


4-Year-Old Girl Befriends Elderly Widower at Grocery Store: ‘He’s Part of Our Family Now,’ Says Mom (November 1, 2016) – Tiare Dunlap (@tiaredunlap)
To prove that compassion knows no age limits, we move on to the story of a 4-year-old girl who befriended an elderly widower at a grocery store. The gentleman had been going through a difficult time since his wife passed away, and this little girl brought some much-needed happiness into his life. They now enjoy regular visits together! One small act can make a big difference in someone’s life.


Bachelor Party Turns Into Puppy Rescue Mission (October 27, 2016) – Suein Oh (@abc)
When you think of a bachelor party, I doubt you think of animal adoption, but that’s just what this group of guys did when a mother dog showed up at a bachelor party. They followed her to a hole in the woods and discovered seven puppies inside! All of the puppies AND the mama dog were adopted by these caring men and their relatives. I’m a sucker for stories about animals in need…sniff, sniff!

Olympic Runners Don’t Leave Each Other’s Side During Race Despite Injured Ankle (August 17, 2016) – McKinley Corbley (@GoodNewsNetwork)
If you were glued to the TV during the Olympics this past summer like my family and I were, this story will be familiar to you. It’s a tale of true sportsmanship, of putting compassion above competition. As a softball/basketball/baseball mom, I was thrilled to share this moment with my children. I especially love these quotes from the story: “That girl was the Olympic spirit right there. I am so impressed and inspired by that.” I think it’s safe to say that we all feel the same way!


This Moving Ad For ‘Rogue One’ Has People In Tears (December 8, 2016) – Taylor Pittman (@HuffPostParents)
While it is not my intention to endorse any company, film, etc. by including a commercial in this post, I feel compelled to share a recent one that has people talking. Grab a tissue, my friends, and just watch it. Seeing something this special makes you feel like everything’s going to be okay.

10 Ways to Give Back as a Family This Holiday Season (December 7, 2014) – Abby Hayes (@USNews)
While this article dates back to 2014, the suggestions are timeless. It is important to look for opportunities to be compassionate, generous, and selfless, and it is even more important to show our children how valuable these qualities are. I encourage you to go out of your way to do something selfless every day, either for someone you know or for a stranger. Being kind is one of the best feelings in life.

We at GAAP Dynamics wish you peace and happiness during the holiday season and hope that 2017 is a wonderful new year!