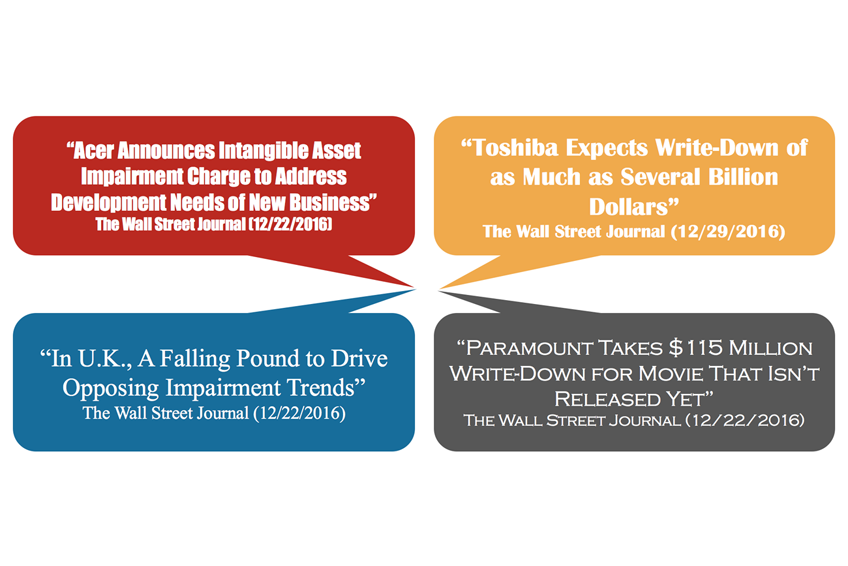 A Timely Reminder: Accounting for an Impairment Loss under ASC 360

We’ve seen impairment raising its ugly head over and over again in the news lately. For instance, Toshiba announced in December 2016 that it expects to take several billion dollars’ worth of impairment losses. Other news stories have been discussing the impact of Brexit and how impairment is now on the rise in the U.K. because of the tumbling pound. Companies have taken impairment charges against intangible assets, long-lived assets, and goodwill. Paramount even wrote down a movie that had yet to be released! We’ve seen impairment so often, in fact, that we thought now might be a good time to give everyone a quick reminder of the requirements when accounting for an impairment loss under ASC Topic 360. Impairment is a hot topic and we believe many companies are not calculating impairment losses on long-lived assets correctly in accordance with the guidance in ASC 360! This post explores how to properly determine if an impairment loss exists and, if so, how to properly measure it in the financial statements. 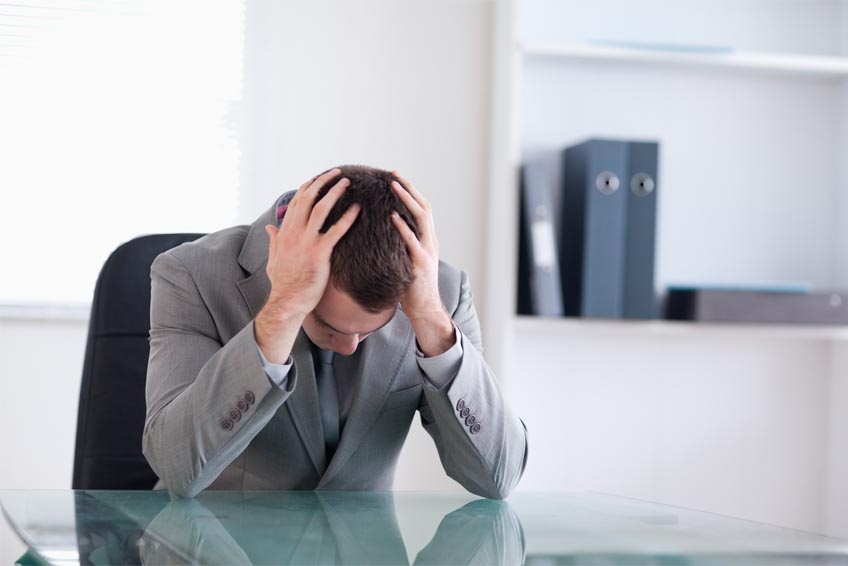 When to Test: Triggering Events

So, when does the test needs to be performed? For goodwill or other indefinite lived intangible assets, it’s at least annually. However, with PP&E and other long-lived assets the criteria are different. Per ASC 360, “a long-lived asset should be tested for recoverability whenever events or changes in circumstances indicate that its carrying amount may not be recoverable.” As we probably all remember from our CPA exam, this is more commonly referred to as a triggering event. Great! But what constitutes a triggering event?

While the list provided by the FASB is a great start, remember that this is not an all-inclusive list! There are many other events or changes in circumstances that may be indicative of a triggering event. For example, fluctuations in currency due to Brexit have caused impairment charges to be taken in the U.K. The bottom line: Identifying a triggering event is not as straightforward as it may seem and involves a lot of judgment on the part of management. It’s an important step in the impairment process, to say the least! 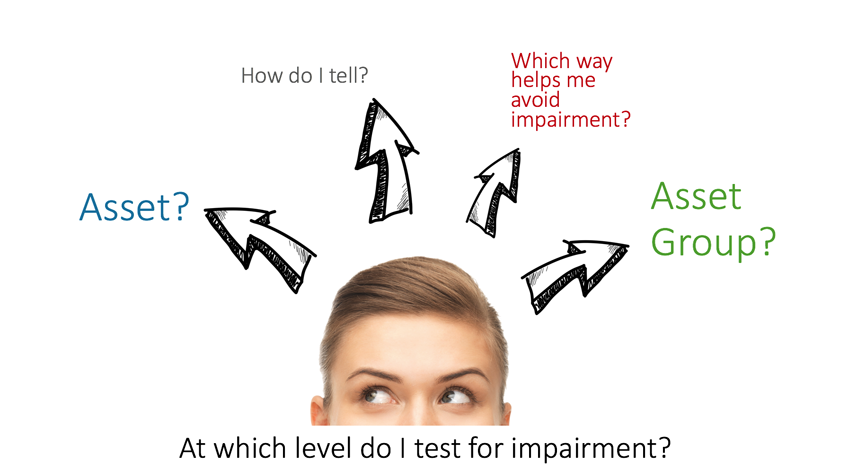 What Level to Test: Asset Groups

Once we’ve identified that a triggering event has occurred, we know that we’ll need to perform an impairment test in accordance with U.S. GAAP. But at what level should we perform the test? The asset? Or the asset group? Well, the guidance tells us that we should test “at the lowest level for which identifiable cash flows are largely independent of the cash flows of other assets and liabilities.”

What does this mean? It depends, but it likely means that you will test for impairment at the asset group level, as it would be less common to determine the cash flows associated with just one asset. Seems straightforward, right? Then why are regulators constantly scrutinizing management’s ability to properly identify asset groups? Because, the higher management groups their assets, the less likely they are to have to record an impairment charge! So, if you’re an auditor reading this post, take note! This is an area where management bias can impact the accounting! 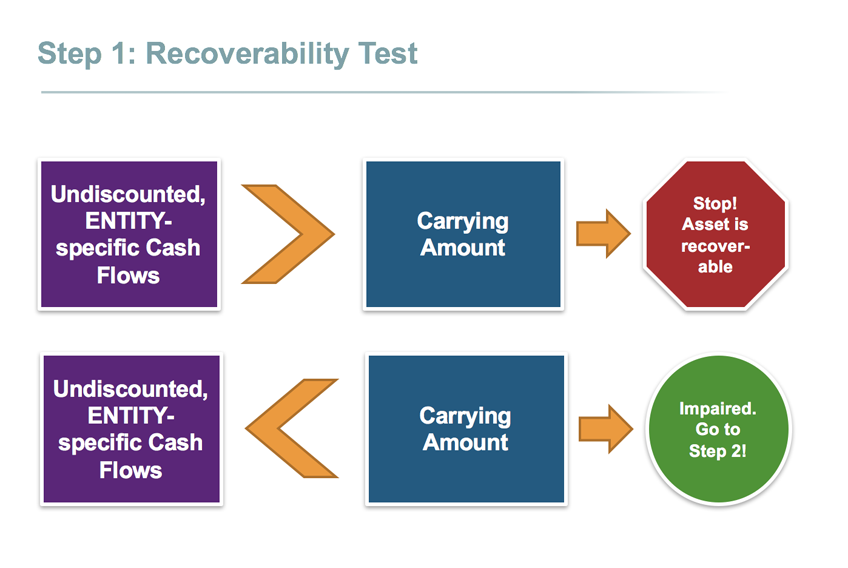 Okay, so now that we’ve identified our level of testing, we’re ready to start our impairment test. ASC 360 gives us a two-step impairment test. Step 1 is often referred to as the recoverability test. In other words, can the company recover the carrying amount of the asset or asset group through its intended use? 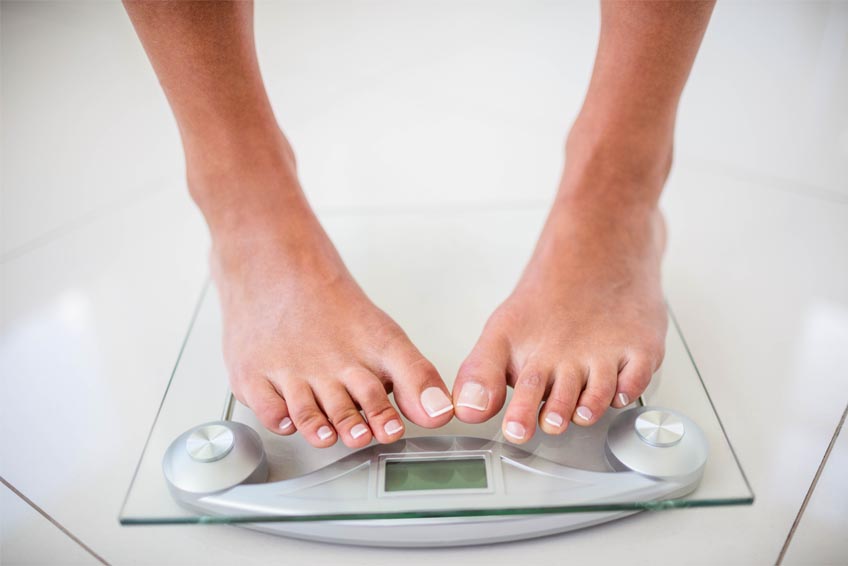 So, how do we determine the fair value of the asset group? Those undiscounted, entity-specific cash flows seem like a pretty great place to start, right? Why don’t we just take those, discount them back using our Weighted Average Cost of Capital (WACC) and call it a day? WRONG!

Remember, per ASC 820, fair value is defined as the price that would be received to sell an asset or transfer a liability in an orderly transaction between market participants at the measurement date. There is one very important piece to this definition that we did not capture when we determined the undiscounted cash flows in Step 1…MARKET PARTICIPANT assumptions!

If the company were to sell the asset or asset group, would market participants use the asset the same way? Maybe…maybe not. We need to measure the fair value of the nonfinancial asset based on what market participants would perceive to be the “highest and best” use of the asset. This use may be different than the way management currently uses the asset! As far as the rate used to discount the cash flows, depending on the cash flow estimation method used, the rate should either be the risk-free rate or a rate “loaded” to reflect any adjustments market participants would consider (i.e. required rate of return, etc.). 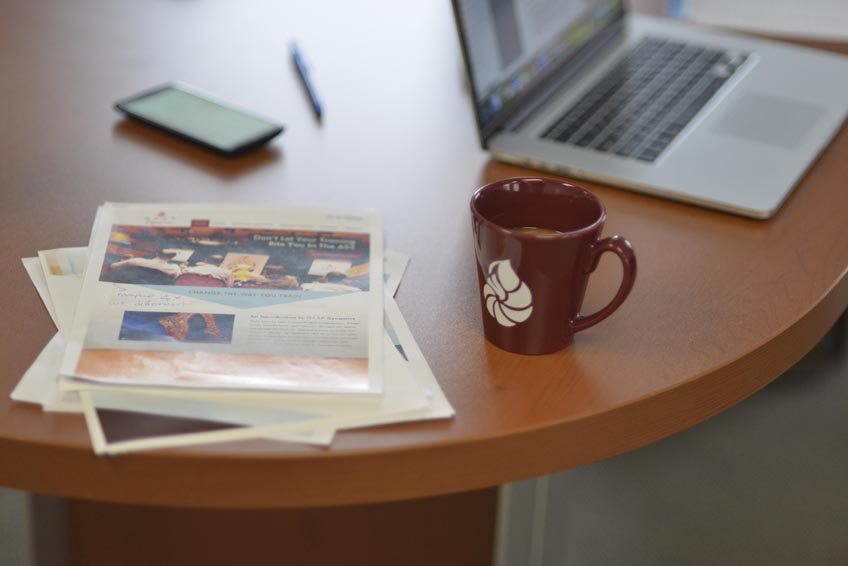 One final reminder: Don’t forget about disclosures! Even if the asset or asset group is currently not impaired, if there has been a triggering event or if the asset group is close to failing Step 1 of the impairment test, the SEC expects registrants to disclose that information to investors as well as the potential amount of impairment (if it is reasonably estimable)! The SEC never wants to be surprised by an impairment charge!

Want to stay up-to-date with the hot topics in the accounting and auditing industry? Check out our A&A Update!