So, I jump ship in Hong Kong (really my car in Midlothian) and I make my way over to Tibet (really Richmond), and I’m eating lunch at a dive bar in the Himalayas (really a restaurant in Short Pump). And who sits down to eat with me? The Dalai Lama himself. Twelfth son of the Lama. The flowing robes, the grace, bald…striking. So, we order our lunch – big eater, the Lama – and, as he’s wolfing down his yak tacos, he asks me about the accounting for upfront, nonrefundable initiation fees. Specifically, he wanted to know if adopting ASC 606 Revenue from Contracts with Customers would impact the accounting policies of his local golf club.

He tells me that he is responsible for preparing the financial statements of his golf club, Lama Links, and he’s heard some rumblings that adopting ASC 606 will change the way he accounts for upfront, nonrefundable initiation fees received from its members. “Aren’t you already deferring them?” I ask. “No, we recognize them immediately. Have been doing so for years!” the Lama insists, as he slides the most recent annual report, audited by a reputable regional accounting firm, across the table.

His perfectly manicured index finger points to the following accounting policy in the notes to the financial statements (actual policy taken from the 2012 Annual Report of the Country Club of Virginia, Incorporated):

He states that such guidance was taken from a non-authoritative accounting “guide” called the Uniform System of Financial Reporting for Clubs, published by two industry groups, the Club Managers Association of America and the Hospitality Financial and Technology Professionals. Here is the relevant excerpt:

The Lama believes this guidance is vague and subject to interpretation. “Most clubs, including ours, believe initiation fees are ‘earned’ upon the acceptance of the member, because they are nonrefundable.” 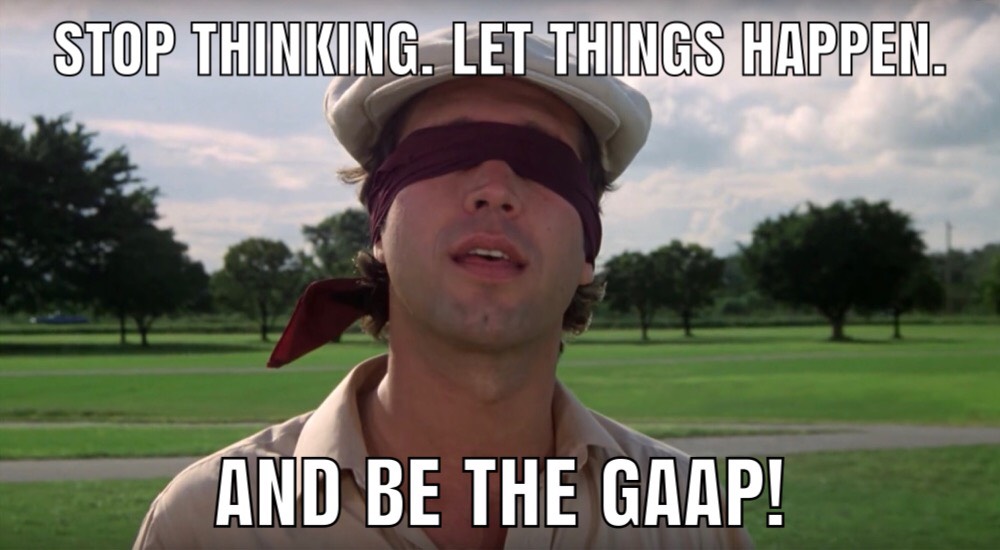 “Strange,” I said. “That’s certainly not the current revenue guidance prescribed by the SEC within Topic 13: Revenue Recognition of their Codification of Staff Accounting Bulletins.” I pulled up the 2016 Annual Report for ClubCorp Holdings, Inc. audited by a Big 4 firm on my iPad and showed it to the Lama. Below is an excerpt from their revenue recognition accounting policy:

…The majority of membership initiation fees received are not refundable and are deferred and recognized within club operations revenue on the consolidated statements of operations over the expected life of an active membership.

I tell him that the SEC thinks “unless the up-front fee is in exchange for products delivered or services performed that represent the culmination of a separate earnings process, the deferral of revenue is appropriate.”

Do you know what the Lama says? “Gunga galunga…gunga, gunga-lagunga.” I think that is Tibetan for “Who cares!” He was mad that I was quoting public company guidance (Lama Links is a private company) related to the old standard (he wanted information on adopting ASC 606). Fair point!

According to the 2017 edition of Deloitte’s A Roadmap to Applying the New Revenue Recognition Standard (available for download here):

I told the Lama “So, the ClubCorp Holdings accounting policy I showed you before under the old GAAP appears to be the same as prescribed by ASC 606. Gunga galunga to you, sir!” He smiled! 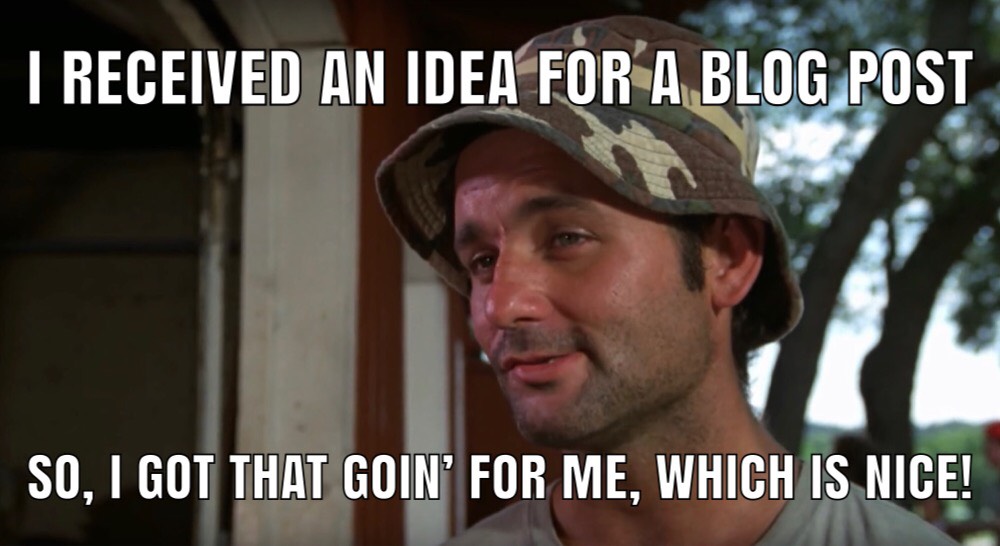 After we finish, as the waitress is clearing the plates, he quickly gets up. So, I realize he’s jetting because he’s goin’ to stiff me. And I say, “Hey Lama, hey, how about a little something, you know, for the effort, you know.” And he says, “Oh, uh, there won’t be any money, but when you leave this bar, you will receive an idea for a blog post.”

A flute with no holes, is not a flute. A donut with no hole, is a Danish. – Bashō, Zen philosopher

Full disclosure: I did not have lunch with the Dalai Lama, but rather two partners from a regional accounting firm who, by the way, although striking, are not bald! Many thanks to them (and one of my favorite movies, Caddyshack) for giving me inspiration for this post!