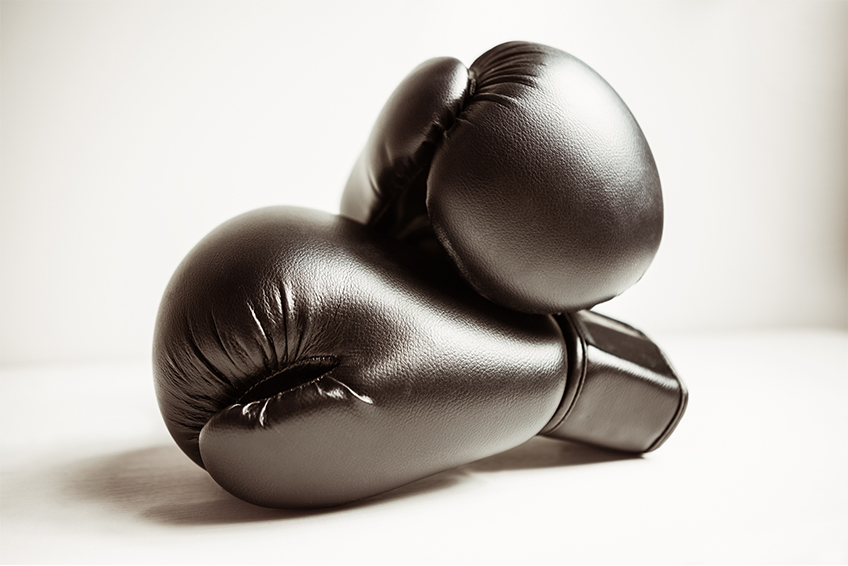 A few weeks ago, I had the opportunity to attend DevLearn 2019 for the first time with two of my amazing coworkers, Vicky Hale and Julia Shawver. (Want to learn more about DevLearn? Check out Julia’s latest blog!) While attending the session eLearning Prototyping with Adobe XD, a discussion broke out amongst the group about using Microsoft PowerPoint instead of Adobe XD for storyboarding. I was instantly inspired to do a comparison blog from a programmer perspective – it was going to be the showdown of all showdowns. I figured I could provide an outsider’s perspective since I don’t actually develop any of the storyboards we do at GAAP Dynamics (being that I’m not an accountant). However, it was brought to my attention that I should probably include the tool that we use to create storyboards, Microsoft Word. In today’s blog, I’ll be explaining some of the pros and cons to each of these three tools when it comes to storyboarding an eLearning course.

What is a storyboard?

A storyboard is essentially the “blueprint” of a course. It provides the programmer with a detailed description of what each slide should resemble. It contains the text, images, audio transcript, video outlines, programming instructions, and notes. Storyboards are critical in the eLearning development process. Without one, the programmer won’t know what interactions need to be developed. It also is a way for the client to know what is being produced for them – specifically, what content is being taught and how it is being presented to the learner. 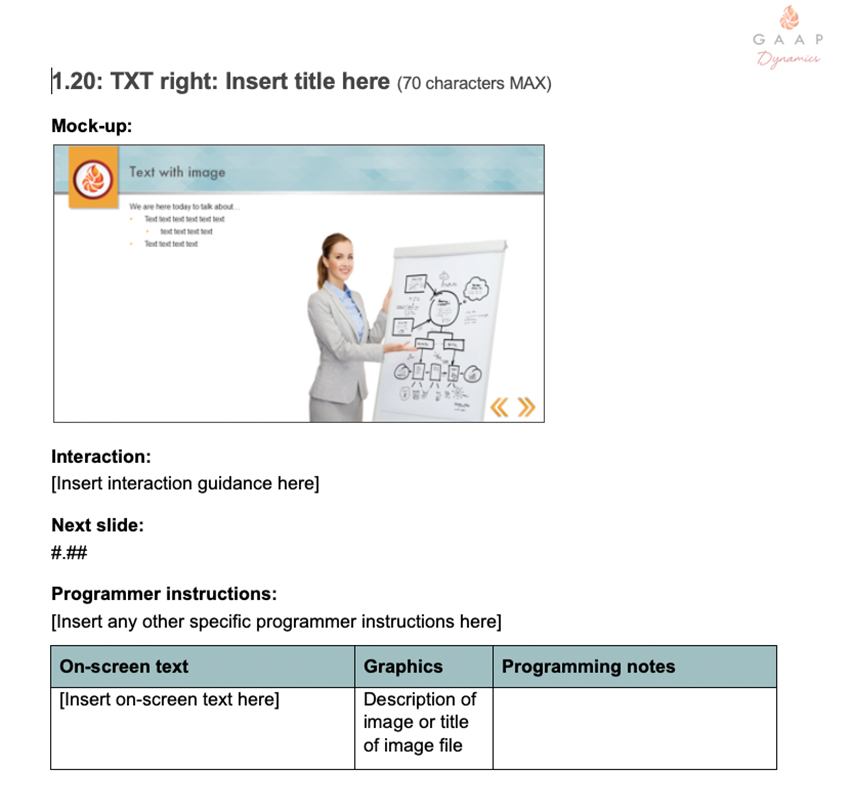 Now that you understand what a storyboard is, let’s jump into the comparisons starting with Microsoft Word.

Microsoft Word is probably the easiest to use out of the three options. It allows you to create easy-to-use templates that can be adjusted quickly. For instance, our storyboard template contains screenshots of our standard slides from Articulate Storyline. Below each screenshot is a table that the storyboarder fills out with content to be included, programming instructions, audio, and any other notes. The storyboarder can easily swap out the screenshots and adjust the tables to meet the needs of each module. 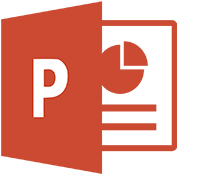 Microsoft PowerPoint is one of the more popular storyboarding tools within the eLearning community. It allows for the storyboarder to use a variety of shapes, graphics, and icons to develop detailed mock-ups for the programmer to follow.

The final storyboarding tool we are going to discuss is Adobe XD. It is a User Experience Design (UX) solution for designing prototypes for websites, applications and now storyboards. And unlike the other two tools mentioned, it is free to use regardless of whether or not you have a subscription to the Creative Cloud.

As you can see, each of the three tools I mentioned have different advantages, as well as disadvantages. For instance, if you have a full development team with a graphic designer, storyboarder, and programmer, then Adobe XD might be the tool for you. However, if you are a one-man show, then maybe Microsoft PowerPoint is the tool that you choose. Lastly, if you are looking for a program that allows you to create easy-to-use, comprehensive templates, then Microsoft Word is the tool for you. Regardless of what you choose, just know that each program has its pros and cons.

So, which storyboarding tool do you prefer, and why? Let’s chat in the comments.