ASC Topic 350 Intangibles – Goodwill and Other (ASC 350) currently prescribes a two-step goodwill impairment test based on reporting units. But step 2 is on its way out and to that I say, “Auf Wiedersehen!” As we’ll discuss in this post, after an optional qualitative test, impairment of goodwill is calculated by comparing the carrying value of the reporting unit to its fair value. “Es ist einfach! Prost!”

In a previous post, we discussed goodwill impairment testing under ASC 350, but that was prior to the issuance of ASU 2017-04 Intangibles – Goodwill and Other (Topic 350): Simplifying the Test for Goodwill Impairment, which eliminated step 2. Before we get into the new rules for goodwill impairment introduced by this ASU, let’s take a brief “die Wanderung” down memory lane to remind you of the time when the FASB added undue complexity to U.S. GAAP. 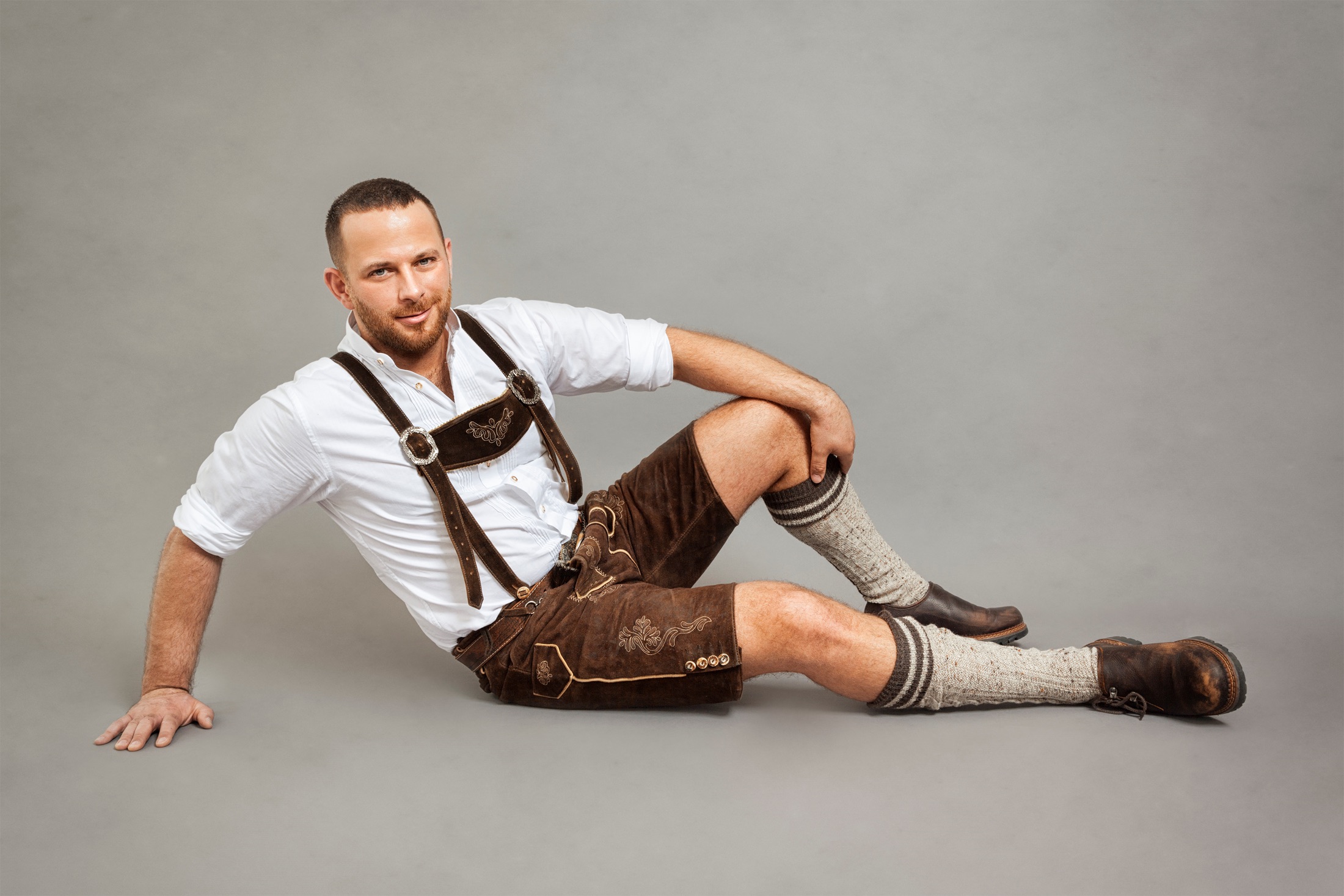 “Was?” How should an entity determine the “implied fair value of reporting unit goodwill?”

“Wunderbar!” This means performing a hypothetical business combination just to determine the amount of goodwill impairment (as if you didn’t have enough to do)! 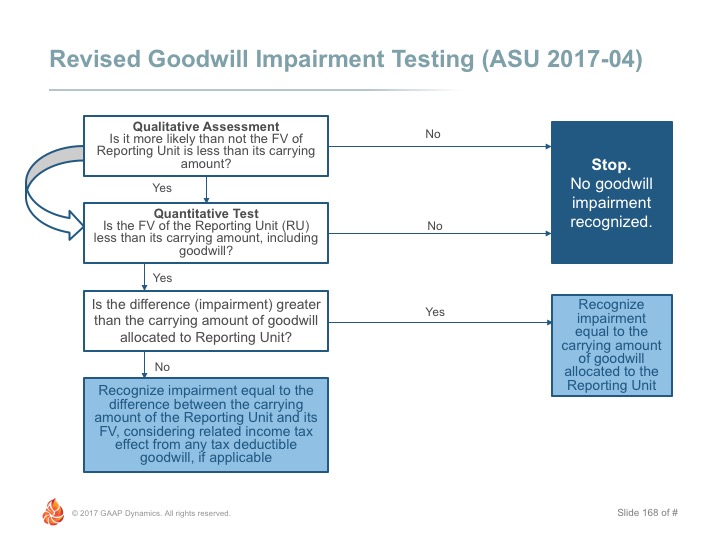 Overview of the changes

The flowchart above illustrates the optional qualitative assessment and the quantitative goodwill impairment test described in ASC 350-20-35-3A through 35-13.

It begins with an optional qualitative assessment that is often referred to as “Step 0.” Entities electing to perform it must assess:

Is it more likely than not the fair value of the reporting unit is less than its carrying amount?

If an entity fails the qualitative assessment (or elects to forego it all together), then the entity must perform a quantitative test. This test previously referred to as “Step 1,” compares the fair value of the reporting unit to its carrying amount including goodwill.

Is the fair value of the reporting unit less than to its carrying value, including goodwill?

The revised guidance does not change the timing of goodwill impairment assessments (i.e., annually or more frequently if there are indicators of impairment), or the unit of account to which the test is applied (i.e., reporting units).

Will the changes result in more or less goodwill impairment? 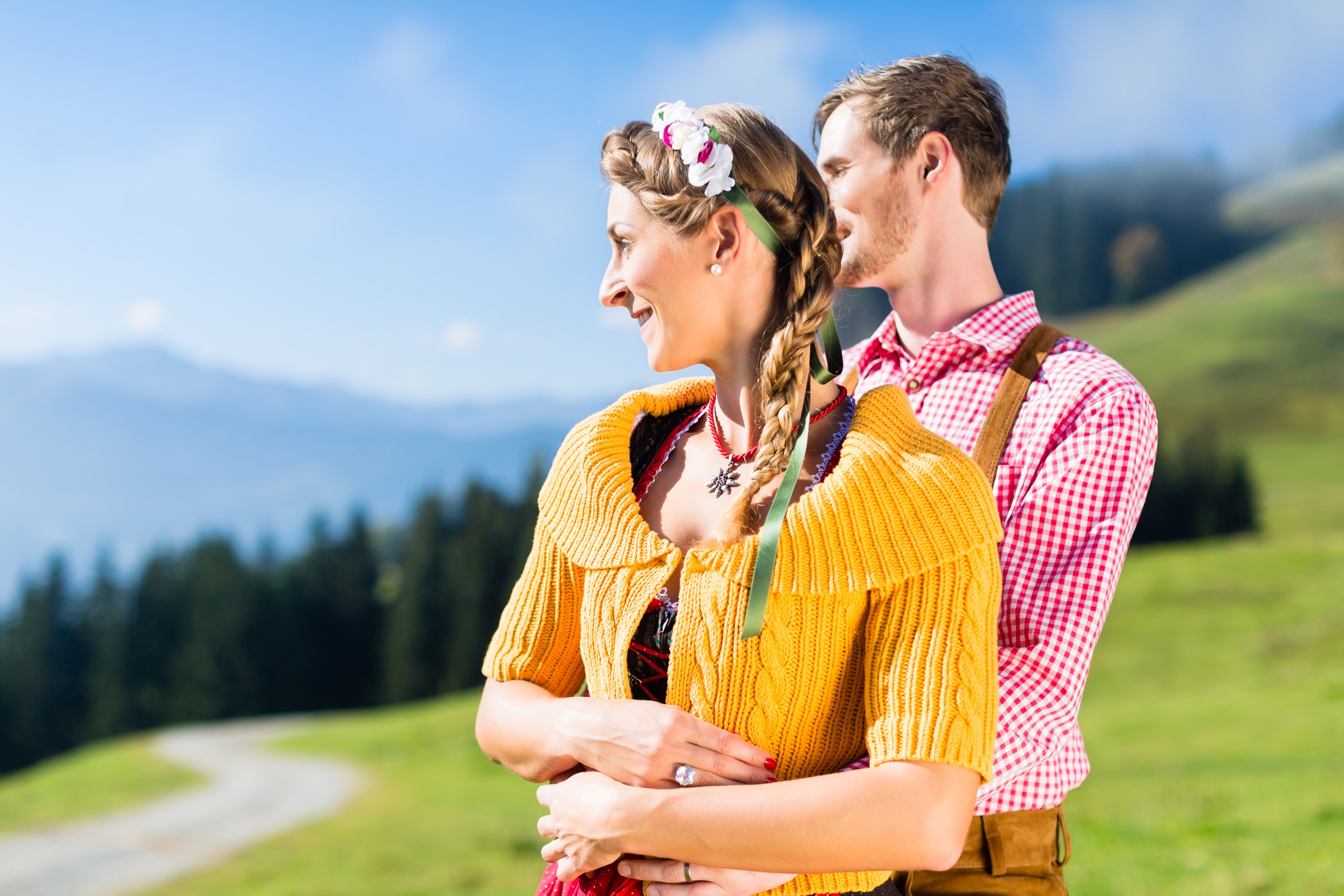 The new guidance must be applied prospectively. For public business entities that are SEC filers, the amendments are effective for annual and interim goodwill impairment tests in fiscal years beginning after December 15, 2019. The effective dates for other entities are one or two years later.

However, early adoption is permitted. In fact, companies could have early adopted this new guidance last year. But our understanding is that very few companies have elected to early adopt!

Why haven’t you said “Auf Wiedersehen” to step 2? We’d love to hear from you!